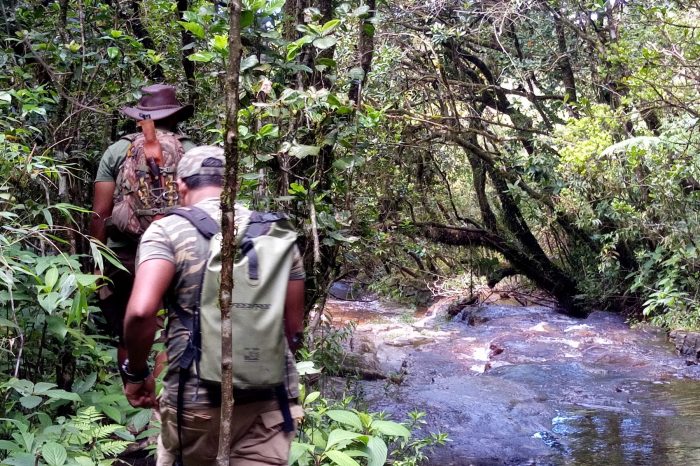 Top of the Mountains Waterfall Trek

A variety of different vegetation types awaits us. Ferns, mosses, bamboo and stretches of pygmy forest follows before we enter the cloud forest. The hike is like a journey through time. Endemic plants that impress with their …

Kandy Kandy is a large city in central Sri Lanka. It’s set on a plateau surrounded by mountains, which are home to tea plantations and biodiverse rainforest. The city’s heart is scenic Kandy Lake (Bogambara Lake), which is popular for […]

Kandy is a large city in central Sri Lanka. It’s set on a plateau surrounded by mountains, which are home to tea plantations and biodiverse rainforest. The city’s heart is scenic Kandy Lake (Bogambara Lake), which is popular for strolling. Kandy is famed for sacred Buddhist sites, including the Temple of the Tooth (Sri Dalada Maligawa) shrine, celebrated with the grand Esala Perahera annual procession.

Some of the best places in Kandy that you should visit:

Housing the legendary Budda tooth, the temple is a World Heritage site though very little are the remnants of the original temple built around 1600. Amazing ornamentation with golden fence and extravagant Canadian architecture makes it a blissful sight for the visitors.

Dedicated monks unanimously chant the prayers of Malwatte and Aegirine, three times every day, during dawn, noontime and evening at the inner temple. Every Wednesday a holy symbolic bath of the Relic is done is fragrant water and that water is distributed among the visitors known to have healing powers.

Royal Palace of Kandy
The Royal palace of the Kandyan Kingdom is the last reminiscence of the reigning King of Kandayan, Sri Wickrama Rajasinghe. The palace dates back to the 14th century, yet witnessing the glory and glamour of the kingdom is stupendous. The Palace has seen scars from many wars and tremors of foreign invaders like the Portuguese.

The Royal court, another architectural capture has confronted many meetings formed by the king and it is here that the end of Kandyan Kingdom convention was signed.
The temple of Tooth contributes maximum attraction to the tourists. Even though, the original palace walls have been burnt and rebuilt, the interiors remain the same.

The sanctuary, centuries back was a kingdom named Kandyan and jungle area on the far side of the palace was known as the Uda Wasala Watta or the upper palace garden; hence the name.

The forest reserve was made into a sanctuary in 1938. Additionally, the forest’s catchment areas provide fresh water to the lake and the city avail its air purification supplies from this royal forest reserve.

Entry Fee: Rs. 570 for foreigners and Rs. 30 for Srilankans
Location: Wevelpitiya Road, Kandy
Timings: Everyday. But it is safe not to visit the sanctuary during rainy season

Commonwealth War Cemetery
This cemetery is maintained and served by the commonwealth war commission office. This graveyard is a humble reminder of those brave hearts of the country who sacrificed their lives protecting the nation’s honour during the World War II. The cemetery is beautifully kept and has over 190 tombs. Apparently, this place was initially known as Pitakande Military Cemetery and was owned by the Military authorities until it was taken over by the war Commission.

It is also noted that Army Graves from over 10 burial grounds have been transferred to this cemetery till 1958. There are 6 commonwealth war cemeteries in Sri Lanka, but the Kandy War Cemetery is considered the best amongst all because of its stunning landscape and well kept land.

Highlights: The Kandy Botanical garden Location: Deveni Rajasinghe, Kandy
Price: No entry fee; the place is run by donation
Timings: 10 am to noon and 1 pm to 6 pm